So today I found another little piece of my childhood that I thought had been lost to time. A couple posts ago I wrote about the Crestwood Monster Series of books that I checked out of my elementary school library countless times. Well there were four other books on that library list that I checked out and read just as much and today I finally freaking found them, the Marvel Secret Origin Story series from Ideal. There were four books in the series printed in 1981: Spiderman, The Incredible Hulk, The Fantastic Four, and Captain America. 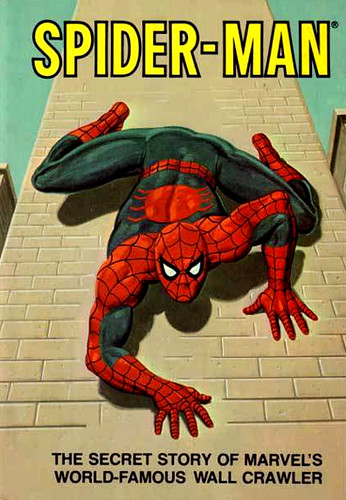 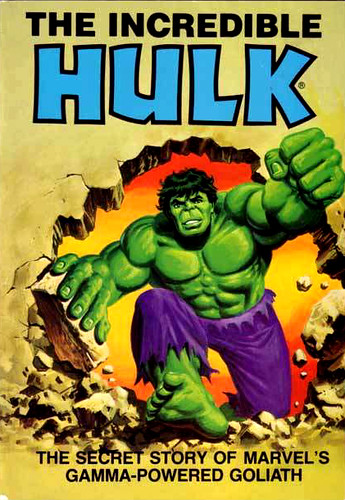 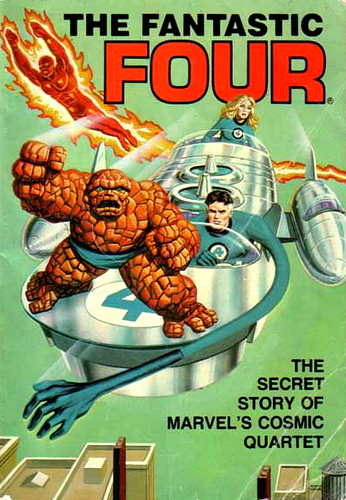 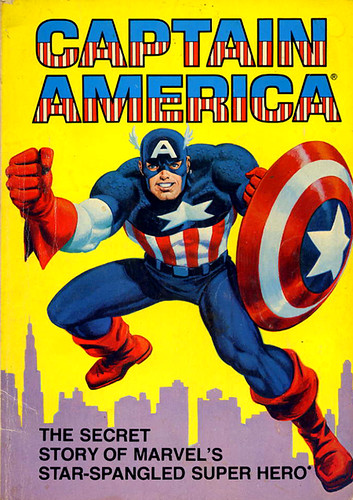 These are the first comic books I ever read, and even though I didn’t start collecting comics until around 1987 or so, it was definitely the seed that grew into a “Make Mine Marvel!” fan.

These mini trade paperbacks were actually hardcover children’s books that reprinted three issues of each title, typically the first appearance and two other character defining issues. I found them by doing an exhaustive search on the Fantastic Four on Amazon.com, hoping that someone was trying to sell them used and therefore there would be an entry for them, which, well, there was.

Pretty much I only remember them as comics, but according to some of the Amazon.com reviews there is some commentary between the issues by the “author” David Anthony Kraft, so that ought to be interesting. I did a quick check on Ebay and found them all at mostly reasonable prices, between $7-$15, though the Spiderman book was $20, which is just a little too rich for my blood. I picked up the rest though for about $30. Who would have thought that these would be priced in Overstreet, but they are. Now I’m fighting against nostalgia and comic collector greed. Damn.

What really brought the memories flooding back in was the back cover: 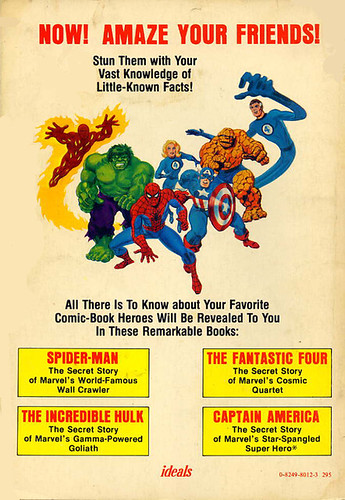 I was so happy to get these, like I said, because this is a big missing link in the past of me and how I came upon the love known as comic book collecting. I can’t wait to get them so I can see what issues were picked and to read them one more time…

Well I’ll be the father of a Ghost Buster!