So today we divert a little from your classic American frozen drinks and venture into the unknown world of Asian slushes! Okay, so like pretty much the entire city where I live has had a make over in the last three or four years and slowly everything that was once there business-wise has moved down the main street about a mile. All the supermarkets went from twenty and thirty year old strip malls to brand new mega giant solitary locations while most of the other more eclectic stores that were in the old strip malls either closed or moved to another city. Basically the city has turned into a sort of ghost town of old empty strip malls.

Recently though, most of these have been bought up and either remodeled, or bull dozed to make way for new international strip malls. We now have a Mexican indoor mall where our outlet mall was (and it’s really nice with a bunch of awesome candy shops and tattoo parlors.) We also have no less than 4 Asian mega, two-story strip malls as well as two giant Asian farmers markets. Since I’m so enamored with the Asian culture this has been great. There are two stationary stores in particular that can’t be beat as far as Kogepan, Astroboy, and Miyazaki merchandise is concerned.

What’s been just the bee’s knee’s though are all the new restaurants that have popped up including a plethora of Vietnamese Pho houses. “Jefe, do you know what a plethora of Vietnamese Pho noodle houses means?” It means lots of awesome soup and sweet, sweet Vietnamese slushes. There are two houses in particular that I frequent, a hole in the wall place with great soup and okay slushes called What the Pho and a more upscale ritzy place with okay soup and awesome slushes called Pho Mimi. We’ll concentrate on the latter today as they have my favorite Vietnamese slush flavor, Green Apple!

Now I’m not completely convinced that this brand of slush is actually Vietnamese. The noodle house is, but the brand of slush they serve, Lollicup, makes no mention of nationality on their website and I believe it is based out of California, though it’s run by Asians. I’m making the assumption that it’s Vietnamese because I can only find them in the noodle houses, so if I’m wrong scream and shout and let me know the error of my ways. Anyway, I grabbed the fiancee and we strode off to Pho Mimi and picked up a couple of slushes, a green apple for me and a chocolate-mint for the lady. 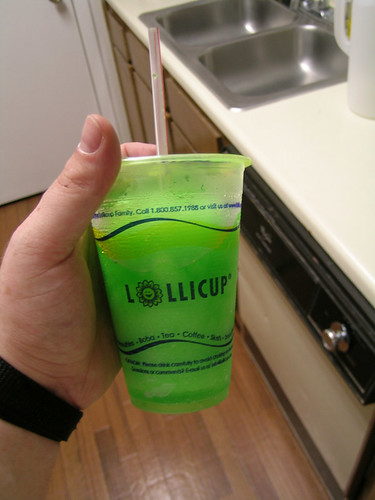 It was a race to get back to the apartment so that I could photographically chronicle this momentous slushy event. As you can see below, traffic got a little bit of the better of my slush as it’s kind of melt-y on the bottom. None the less, I shall press on as I’m not about to run out and get another just for the pictures. 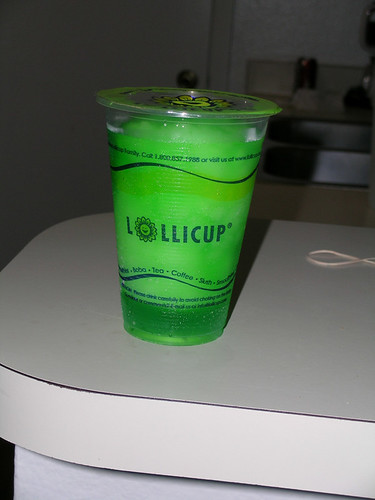 So these slushes are awesome. First off after the restaurants make them, they use a machine to seal them in the cup so there will be no spillage. You just poke your straw into the plastic covering and you’re good to go. All of the restaurants have served their slushes like this so far, so I’m assuming its par for the course. 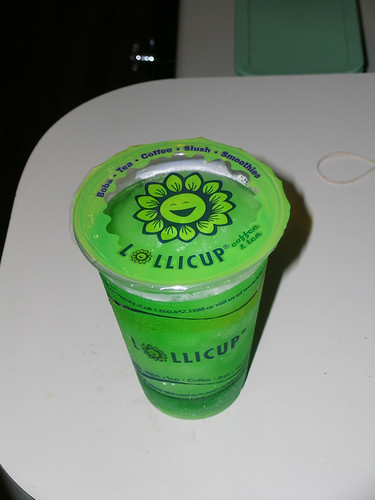 Now one of the best aspects about these slushes is how they differ consistency-wise from other more American slushes. These are made with totally pulverized ice that’s got such small ice crystals that it’s got a very smooth and silky consistency almost like frozen yogurt but obviously more icy than creamy. Most of the places also give you a very oversized, diameter-wise, straw so you get pretty much a consistent flow of icy beverage and you don’t end up sucking out all the syrup first. Another great aspect is the syrup. High quality stuff, and it’s reflected in the price. Whereas most slush and Slurpee drinks will run you $1 to $1.89 or so, these Asian slushes are typically $3 or more, but they are so worth it every once in awhile. 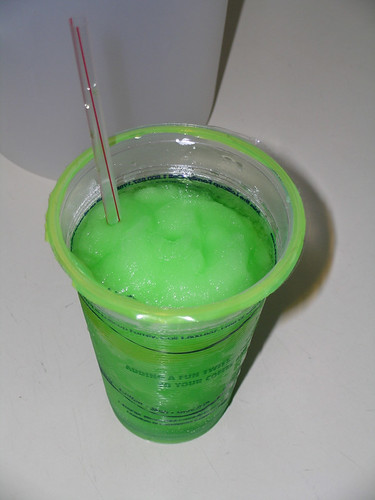 The last thing that I love about these drinks is their flavor variety. Like I said the woman got a chocolate-mint slush. Chocolate?!? In a slush?!? Yes sir and she said it was great. They’re also offered in most of the more Asian fruit flavors like durian, longan, lychee, coconut and honeydew as well as more standard fruit fare like peach, watermelon, orange and strawberry. 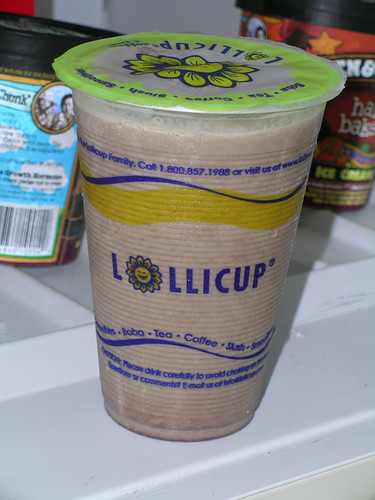 It seems like the world of frozen drinks is truly opening up in Georgia.  All we need now is a freaking 7-11 franchise to open up and I’d be freaking set.

Spoiler Alert! Orson Welles is looking for a lost sled. It answers to the name Rosebud…