Three posts in one day!?! What the hell is the world coming to? Boredom at work, that’s what. I should probably pace myself with these articles and reviews, but what the heck, that’ll just make me work that much harder when I run out of stuff to wax nostalgic about right?

So last week for Movie Night, my friend Kevin and I decided to go hog wild crazy on some Domino’s Pizza. I personally didn’t grow up on the stuff, but Kevin did so we called ‘em up, ordered enough food to choke Galactus and went to town (you know to pick it up because we weren’t about to tip a delivery guy if we could easily pick it up ourselves right?)

First off, I don’t think I’ve ever picked up a delivery style pizza. There’s something very claustrophobic about those little storefronts where you just order and wait, and besides, you can see them making your pizza, and you really don’t want to see the people who’re making your pizza, trust me on this. 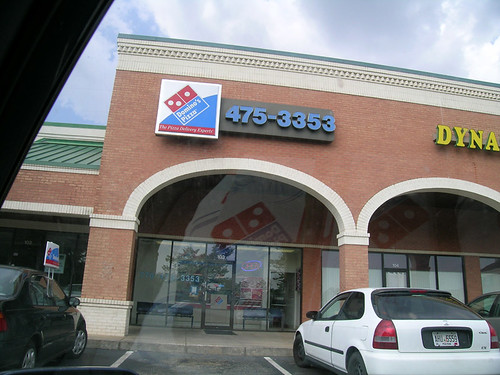 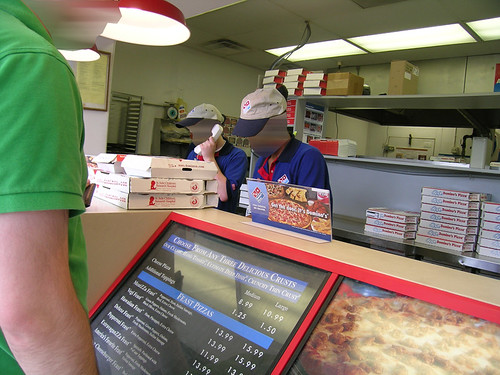 I suppose by picking up the pizza ourselves and not having it delivered right from the oven and carried to our doorstep in a thermally insulated bag we in fact didn’t “Avoid the Noid.? Of course since those commercials are about 20 years old, I guess there is no such thing as the Noid anymore, well except when Adam West isn’t beating him up. I mean I’m sure delivery pizza technology has progressed so far into the future that there is no such thing as … um … what the hell did the Noid represent again? 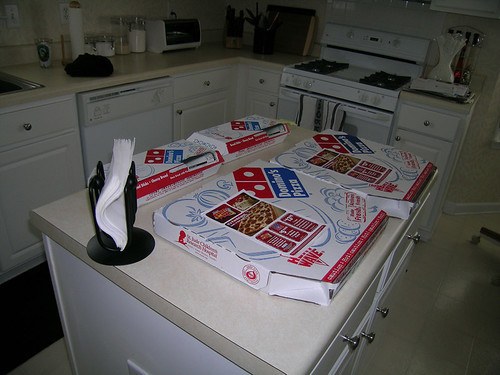 We ended up going with two large pizzas, one hand-tossed sausage and one thin crust pepperoni, and a butt-load of Cheesy bread and Cinna-Stix. 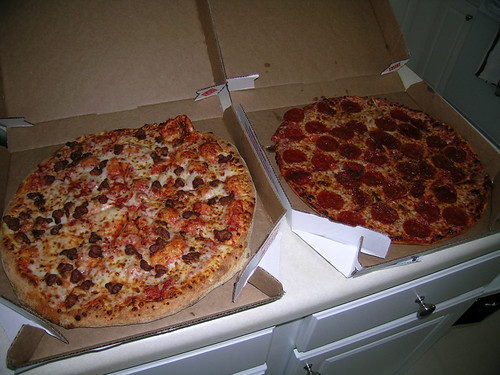 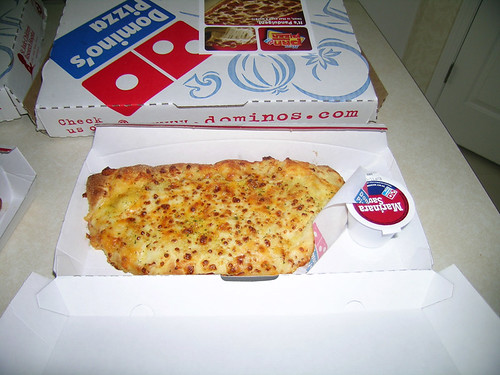 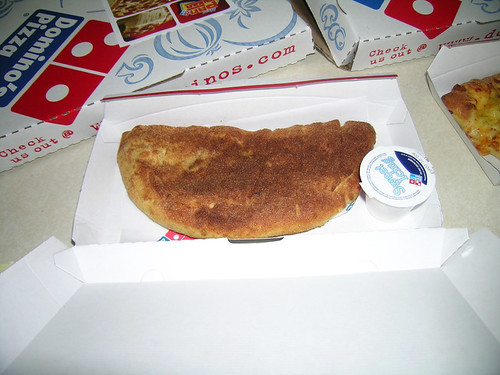 We also decided to jam on some Sunkist Orange soda in a can which was a childhood favorite of both of us. My parents never used to by anything other than Coke and Canada Dry ginger-ale so when ever I got soda elsewhere I always opted for fruity flavors. Sunkist has always been the orange soda of choice because it’s a lot creamier and not as tart as other brands.

Since I never really had Domino’s this was less about nostalgia and more about trying something relatively new. My first impressions were ‘eh. First off, the thin crust pepperoni was dusted with misc. Italian spices, which I’ve seen a lot and tends to point to one thing, that the crust and base of the pizza is so bland it needs cover. This was pretty much exactly the case. The hand-tossed sausage was better but a bit too much on the bread-y side for me. I like my crust thin-ish like NY style pizza, and anything else is just focasia bread with toppings. 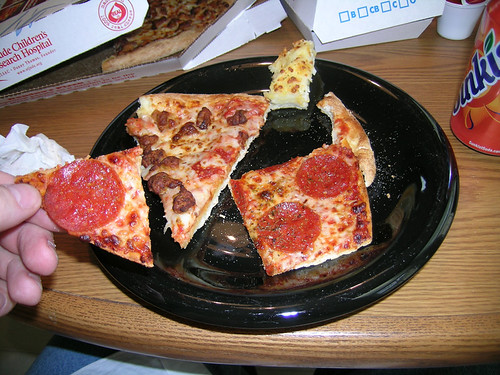 Probably the best part of the meal was the Cheesy bread and Cinna-Stix. The Cheesy bread is exactly as stated and I would be hella surprised if Domino’s found a way to screw up bread with cheese melted on it. The Cinna-Stix were awesome though if I ate more than two I’d surely go into a sugar coma. Dear god they were sweet. Between the sugar cinnamon dusting and the super sweet frosting dipping sauce, I was about to die, but I managed to squeeze two sticks down. 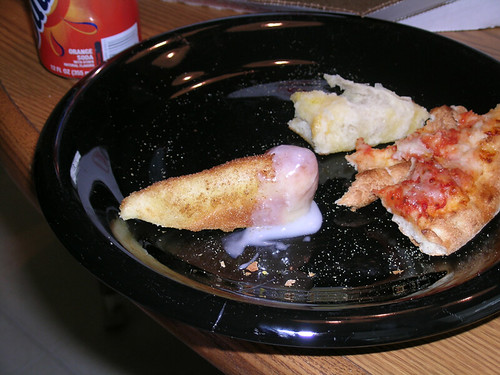 I’ve noticed that in these recent years I can’t hold my pizza. There was a time when I could almost eat an entire pizza myself, but nowadays I’m surprised if I can get through three slices. I will say that it wasn’t horrible pizza. In fact it is exactly what it should be, lower end quality pizza at a reasonable price delivered (unless you’re cheapskates like us.) 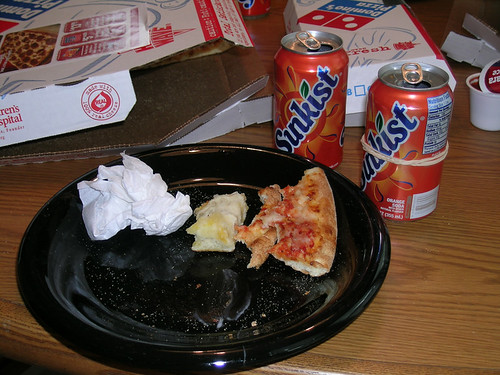 Monster Squad: The Behind the Scenes Extravaganza!