So I got a new car. It’s a long story that I’ve told too many times in the last day, but it was the most fun I’ve ever had at a car dealership. I not only got top dollar for my trade in, but I got the new car for practically half the MSRP in the end. 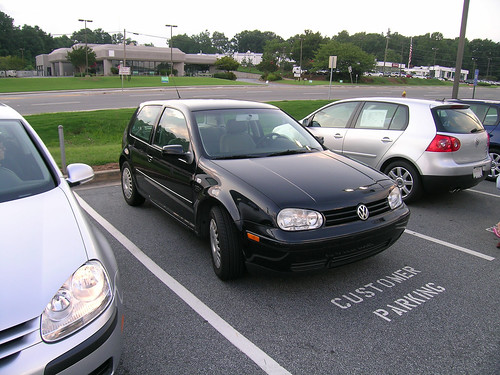 This is Sebastian my old car of 5 years. It’s my second VW Golf, this first was totaled and even though the car was in horrible shape I walked away without a scratch, so when it came to get a new car, I chose another Golf. This is the last I’ll ever see of him. 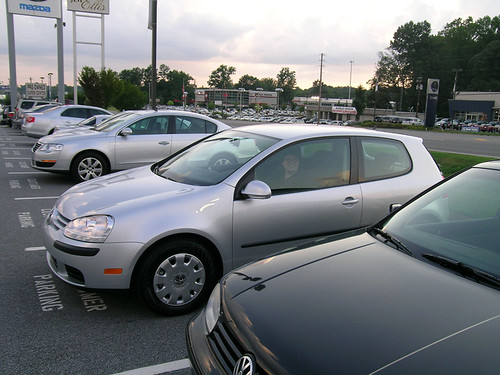 Here’s our new car, as yet un-named. It’s a 2006 VW Rabbit, which is just a Golf in Rabbit’s clothing (which is weird, because the Golf was just a Rabbit in Golf’s clothing considering it was a Rabbit first, whatever…) It’s everything that I wanted out of the Golf with all the stuff I’ve never had like Cruise Control and a CD player. 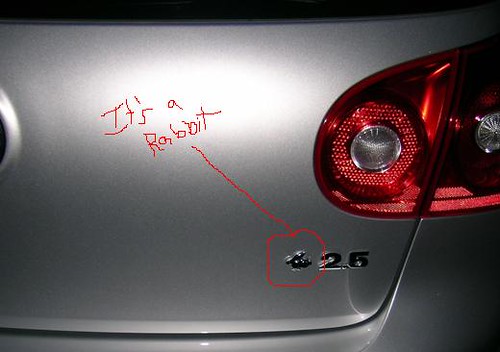 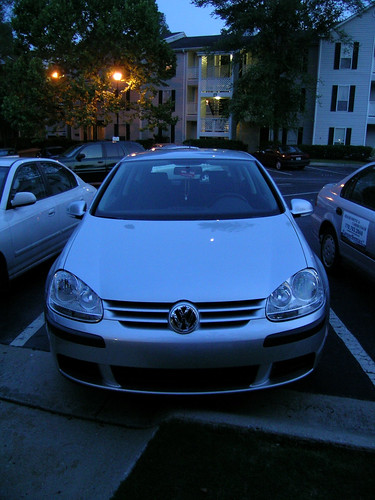 And here it is safe at home. I need an Autobot sticker for the back window, but that’s about it.