So today sucks. Actually last night and today suck evenly. Last week we called maintenance when there was a wet spot on the floor where it appeared our water heater might be leaking. The guy came out and said that it was just some melted ice from the air conditioner and that it wouldn’t be a problem. So yesterday afternoon it started getting worse, so we called again. We had been hearing water in the wall between that hall and the bathroom so we mentioned that it’s probably not from our unit but maybe upstairs instead.

The dude went up and checked it out and said that it was an overflowing drainage pan from the air conditioner upstairs, so he had a couple pf carpet guys come out to vac up all the water and take out the sopping pad underneath. Well they said to let them know if it’s alright. Well later that evening the water was back, and back a lot more. So we called, and they said that it was probably just residual water and not to worry about it but to call if it got worse.

Well I wasn’t about to just let it pool, so I broke out some old towels to try and soak some of it up. Carrie and I broke our backs sopping it up and wringing it out for a hour or so before we quit and went to bed. Well Carrie woke up at 3:00am and there was now even more water. This time when we called they curtly said they’d be there first thing in the morning. Well we didn’t want to wait so we traded our towels for sponges and sopped again for another hour or so.

Woke up this morning and it was back and yet again, even farther spread. So after three hours of calling they finally came and realized that a pipe was burst upstairs and now they are finally fixing the problem. Well sort of, we’re still waiting on the plumber. Also, on the way to work this morning my check engine light came on. Oh freaking happy day. Here are some pics of the great water escapade 2006! 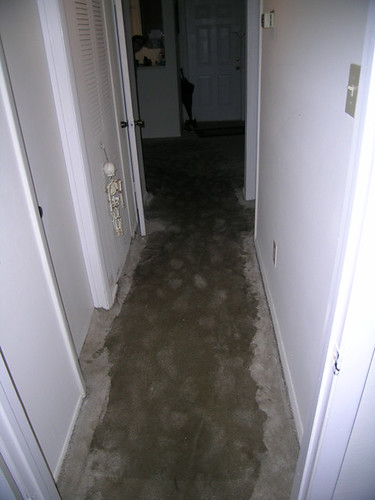 So this is what our hall looked like this morning. It might not be obvious, but there is standing water, enough so that every step is like stepping in a puddle after it rains, with back splash and everything. Hike your jeans up boys, we’re going in… 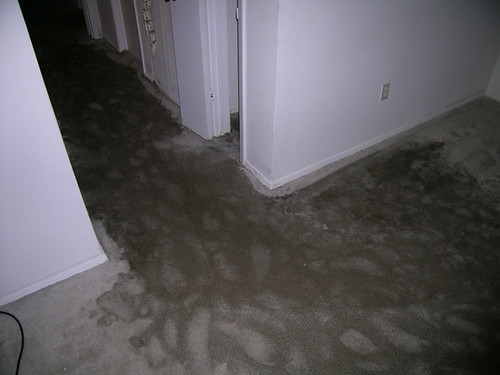 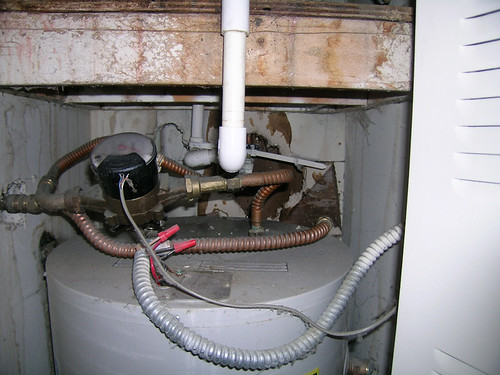 If you look behind the water heater you can see the hole the maintenance man punched in the wall to find the drip. 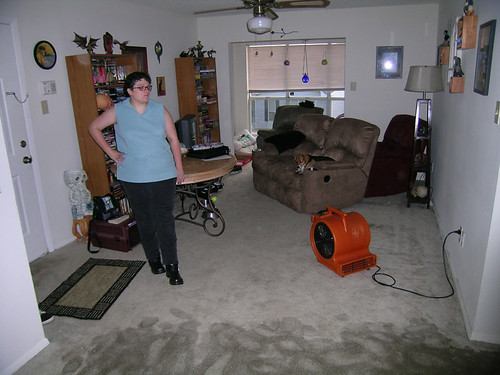 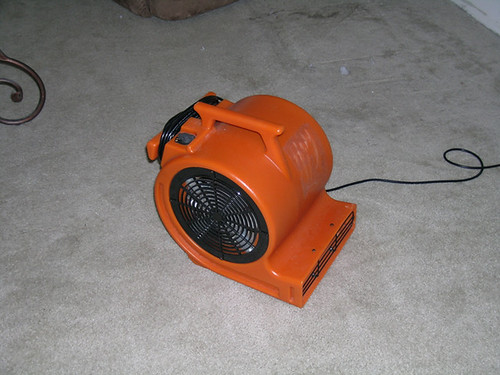 The Super not fun noisy as all hell blower that really isn’t doing anything right now because the plumber hasn’t stopped the leak but maintenance insists we keep on.

How I discovered the Monster Squad…

How the Transformers Saved Christmas, or how I learned to stop fighting Decepticons and love Energon…